This sector implements two (2) different schemes as per Govt. of India guidelines as follows:-

i. Livestock Census:- This is a 100% Central Sponsored Scheme, being implemented on all India basis once in every five (5) years. The Department conducted the 19th Livestock Census in the year 2012 and preparatory works are being carried out for conducting the 20th Livestock Census in consonance with GoI guidelines along with the rest of the states. At present state and district level training are completed and further necessary instructions are awaited from GoI. This census is expected to continue for 3 months covering all household across the state. 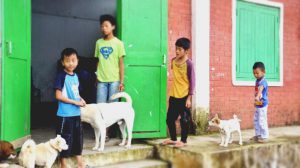